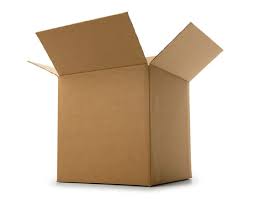 He walked over to it and the first thing he noticed was the label, which was handmade, with a border of small blue flowers around the edge, and Sellotaped carefully in the left-hand corner.

Michael smiled. It was from his grandmother. The flowers were her signature.

Granny June Smith: his mother’s mother, or as she was now known as, Auntie Apple.

The family had been up to his gran’s house for a visit one Sunday and Michael had been sitting on the garden swing lost in thought watching a blackbird hop around the small patch of lawn tilting its head one way then the other listening for earth worms.

The bird momentarily stopped in its search for a meaty morsel and looked up at Michael as he gently swung on the canopied bench swing.

‘I’m sure Auntie Apple, has got something tastier than worms.’

‘And just who is Auntie Apple, may I ask,’ said a voice emerging from the kitchen door.

Granny Smith moved to sit next to Michael.

‘Silly sixpence,’ she said, smiling, then ruffled his hair. ‘Hmm,’ she mused. ‘Auntie Apple. I like it,’ she announced. ‘And as it just so happens, I have some of said fruit and a little bacon rind for Billy.’

The blackbird on hearing its name hopped still closer to the garden swing until he was less than two feet away.

With no apparent fear, the bird hopped close enough to peck at the titbits.

It was a moment of magic.

‘Mum. The oven timer’s going. You want me to take the cake out?’

Billy took flight. Michael and Auntie Apple exchanged a glance and a smile.

‘He’ll be back,’ she said quietly.

Michael’s mum stood in the kitchen doorway, wearing a large, red floral-print oven-mitt on one hand and holding a tea towel in the other.

‘Unless we want a burnt sponge, I think you better, sweetheart,’

Michael’s mum disappeared into the kitchen to retrieve the cake.

Auntie Apple got up from the swing, emptied the rest of Billy’s titbits onto the bird table, winked at Michael and extended her hand.

Michael ran his hand over the box feeling the slight difference in texture of the blue pencil-drawn flowers on the label which also contained a note about the box’s contents.

I sort of rescued these from a consignment that arrived for the church fete next weekend. What’s here is the best of the crop. There may be a few you haven’t got. Have fun.

Michael smiled once more then went to get changed.

Unlike most fourteen year olds, Michael was almost fastidious about keeping his room neat and tidy. In a world that to him was, to use a favourite term of Auntie Apple, Topsy Turvy, his room was one of the few places he felt he had control over. And he liked it orderly. This included his clothes which he hung carefully in his wardrobe.

Freed of the constraints of his school uniform and feeling much more comfortable in a pair of brown corduroy trousers and light grey sweatshirt with the words Houston Oilers emblazoned in red on the front he retrieved a modelling knife from the revolving stationary holder on his desk by the window and went and sat down on the floor by the box.

After sliding the knife’s blade out of its protective sleeve he carefully drew the razor sharp blade along the masking tape used to seal the box.

The cardboard flaps sprung open. Michael sheathed the blade and got up and put the knife back in its place on the revolving stationary holder.

He took a deep breath.

He always considered this moment a bit special: that first contact with the treasures within. Then he closed his eyes and reached into the box.